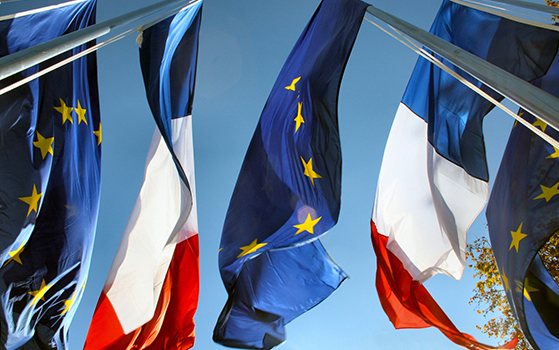 CRE, a committed player in Europe

CRE’s work is carried out in the context of the EU-wide drive to build an energy market that combines competitiveness, security and environmental sustainability.

To guarantee security of supply, European solidarity and the competitiveness of the industry for the benefit of consumers, the European Union is actively promoting competition in the energy markets and energy trading between Member States. To this end, European lawmakers have entrusted national regulators with the task of guaranteeing;

In addition to these objectives, regulators are also required to promote the energy transition and the deployment of renewable energies. Following the Paris Agreement of 12 December 2015, the European Commission unveiled plans in November 2016 to review the EU’s entire body of energy and climate legislation, as part of an ambitious package of reforms designed to ensure “clean energy for all Europeans”.
To promote smoother market integration, CRE has decided on a policy of active engagement within the various coordination bodies, and in particular the Agency for the Cooperation of Energy Regulators (ACER), and the Council of European Energy Regulators (CEER), while taking part in permanent dialogue with the European institutions to improve the internal market in energy.

CRE has representation with all three parts of the EU’s “institutional triangle”, namely the Commission, the Council and the European Parliament.

CRE follows the work of various European Commission departments and executive agencies, and in particular;

The energy ministers of EU Member States meet in the Transport, Telecommunications and Energy Council (TTE), the exact composition of which varies depending on the items on its agenda.

The European Council brings together the Heads of State and of Government of the Member States, and determines the main policy directions of the European Union.

Competency for implementing energy policy is shared between the institutions and the Member States (as per Article 194 of the Treaty on the Functioning of the European Union).
Measures intended to achieve the EU’s energy targets are taken jointly by the Parliament and the Council, based on proposals by the Commission in accordance with the “ordinary legislative procedure” or “co-decision”.
See the diagram showing the co-decision procedure
The legal instruments adopted by the institutions of the European Union include:

Forums for dialogue and regional initiatives

CRE participates in the forums set up by the European Commission to promote European consultation between market participants, on issues to do with regulation of the internal market in energy.
At these forums, the Commission, the national regulatory authorities, Member States and interested parties discuss general and technical matters to support the development of the internal market.

Created in 1998, the Florence Forum is dedicated to the regulation of the electricity market. It convenes twice a year, on average.
Florence Forum website

The Madrid Forum was set up in 1999, on the same lines as the Florence Forum, to deal with issues relating to the functioning of the natural gas market. It convenes twice a year, on average.
Madrid Forum website

The Citizens’ Energy Forum deals with regulatory issues concerning the retail markets and the protection of European electricity and gas consumers. Created in 2008 as part of negotiations on amendments to European energy legislation, it convenes once a year.
Dublin Forum website

The Energy Infrastructure Forum, known as the Copenhagen Forum, was created in November 2015. It deals with regulatory and financial issues relating to the development and strengthening of European energy infrastructures.
Copenhagen Forum website

In the gas sector, CRE is actively involved in regional initiatives: