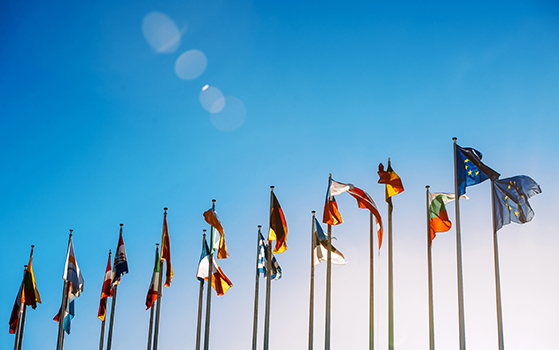 The Lisbon Treaty, which came into force on 1 December 2009, contains a chapter on the European Union’s energy policy. At the time, this represented a major first since the Treaty of Rome which created the European Economic Community in 1958, despite cooperation in the area of energy having been one of the cornerstones of the European Union since the European Coal and Steel Community (ECSC) was founded on 23 July 1951.

Published in August 2009, the 3rd energy package aims to strengthen integration of the internal electricity and gas markets, and to stimulate competition for the benefit of consumers. Implemented since 3 March via two Directives and three Regulations, it introduced several new developments:

A 4th energy package to implement the Paris Agreement of 2015

In November 2016, with the “Clean Energy for All European” package, also known as the 4th energy package, the European Commission outlined an ambitious set of reforms. Part of the Energy Union created in February 2015, this weighty package (which runs to over 5,000 pages) aims to:

The 4th package, which is intended to enable European to meet its energy and climate targets, includes eight different legislative proposals covering Energy Union governance, electricity market design, rules for the ACER and security of supply.
CRE welcomes the ambitious goals of the 4th package, and supports the proposed reforms to market design and network operation to adapt to renewable generation, which is more variable, more distributed and requires greater flexibility. In June 2017, CRE published 13 detailed factsheets, proposing certain amendments to the draft legislation, notably to ensure better functioning of the ACER, introduce the possibility of launching distinct tender procedures for different renewable energy sources, promote appropriate use of congestion-related income, and affirm the principle of subsidiarity for the study of capacity adequacy and the definition of network usage tariffs.
Read CRE’s official position on the “Clean Energy” package

See all of the legislative proposals currently under negotiation

Targeted amendment of the gas Directive

On 8 November 2017, the EU Commission proposed a targeted amendment of the 2009 Directive. The update aims to extend the application of the core principles of EU energy legislation (third party access, tariff regulation, ownership unbundling and transparency) to all gas pipelines to and from third countries, up to the border of the EU’s jurisdiction.
The text is currently before the European Parliament and the Council.
See the procedure file for this text.

The guidelines for implementation of European policy priorities in terms of energy infrastructure were laid down by Regulation (EC) N°347/2013, published in April 2013. This text outlines conditions for selecting “projects of common interest” needed to realise strategic trans-European infrastructures. To facilitate the development of cross-border infrastructure projects, it introduces new rules on the allocation of costs and risks, and aims to accelerate procedures for granting permits.
On 14 October 2013, the EU Commission published its first list of projects of common interest (PCIs), containing 248 infrastructure projects, including 132 for electricity and 107 for gas. The projects selected benefit from:

The national energy regulators and the Agency for the Cooperation of Energy Regulators (ACER) are actively involved in the implementation of these guidelines.
The new list of PCIs proposed by the EU Commission in 2017 contains 173 projects, including 110 for electricity and smart grids, 53 for gas, and 6 for oil. For the first time, the list includes four cross-border CO2 transport projects.
See the list of PCIs proposed by the Commission

Member States’ obligations in terms of anticipating and managing gas supply crises are laid down in Regulation (EU) n°994/2010 of 20 October 2010, which contains measures to safeguard the security of gas supply. These measures repealed Directive 2004/67/EC of the European Council.
A new draft regulation amending the 2010 text was part of the raft of measures for sustainable energy security presented by the European Commission in February 2016.  With the revision of legislation on intergovernmental agreements (adopted in March 2017), this raft of measures is intended to strengthen transparency in the gas market and make the EU more resistant to gas supply disruptions.
Objectives in terms of security of supply and investment in electric infrastructures are set down in Directive 2005/89/EC of 18 January 2006.

In October 2014, the European Council adopted a new commitment to reduce European greenhouse gas emissions by at least 40% by 2030.
In its Clean Energy Package for All Europeans of November 2016, the EU Commission proposed to enshrine these targets in sectoral legislation which is currently being negotiated by the European Parliament and the Council of the Union.
Achieving these targets requires greater vigilance and a higher level of involvement by the regulatory authorities, in particular CRE.

While the European Commission presented a new Green Deal for Europe in December 2019, which aims for carbon neutrality by 2050, the health crisis of COVID-19 has upset economic balances and immediate political priorities. However, at a time when plans are being made to support recovery, we need to think about the world afterwards in which the energy transition will be paramount.

At the heart of the energy system, the regulator must accompany this transition. Its independence enables it to analyse the sector's challenges in the light of industrial difficulties and economic transformations and to be a driving force for new proposals.

According to the European Commission, in order to achieve carbon neutrality, Europe must invest 175 to 290 billion euros per year in its energy system. The regulator must ensure that these colossal sums are invested efficiently, even more so in a context of massive state indebtedness to combat the health crisis.

To this end, CRE has defined 10 themes within its field of competence, on which it offers its expertise to support the invention of the European energy system of tomorrow: European energy governance, the convergence and integration of the gas and electricity sectors, investment in infrastructure and projects of common interest, mechanisms for gas trading, storage and green gas, the role of networks in the energy transition, the optimal use of electricity interconnections and market monitoring.

As a precursor in the field of whole energy market oversight, CRE is contributing to the implementation of these new provisions, in coordination with the Agency for Cooperation of Energy Regulators (ACER).

Certain electricity and natural gas derivatives are classed as financial instruments, and are therefore covered by European financial regulations: