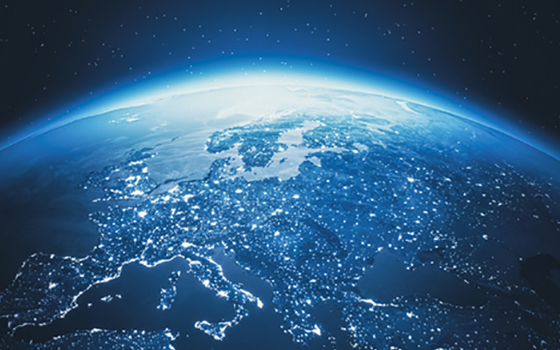 CRE is actively involved in multilateral coordination efforts with the regulatory authorities in other countries.

Founded on 28 November 2016 by CRE, in close collaboration with the regulators in Ivory Coast (ANARE-CI), Belgium (CREG) and Quebec (Régie de l’énergie), RegulaE.Fr is a network of 22 French-speaking energy regulators from Africa, Europe and Canada. It works to strengthen collaboration between its members, promote the sharing of information, and encourage training initiatives and technical cooperation. The use of French as a first language serves to facilitate dialogue and mutual understanding.
The objectives and structure of the Network were enshrined in the charter of November 2016, updated in October 2017. The Network has three bodies.

In 2017, there were two major events in the RegulaE.Fr calendar:

In response to strong demand for training by the African regulators, partnerships were agreed in 2016 with three international training schemes: Florence School of Regulation, the BADGE programme developed by the French Higher Schools of Engineering, and the IFDD, the Francophone Institute for Sustainable Development, a subsidiary body of the International Organisation of La Francophonie.

MEDREG, the association of mediterranean regulators

CRE participates in the work of MedReg, the association of regulators in the Mediterranean basin. Created in 2007, it promotes exchanges of best practices between the regulators in 21 countries around the Mediterranean basin, and the creation of consistent regulatory frameworks across the region. CRE actively contributes the various working groups and, with its Algerian counterpart, co-chairs the “electricity” working group.
In January 2017, the association published a report on the organisation and working methods of Mediterranean regulators (Mediterranean Energy Regulatory Outlook 2017).
The association’s 34th General Meeting took place in Cyprus on 29 November 2017, and was hosted by the Cypriot regulator CERA. At the meeting, working methods were agreed to take account of practical issues encountered in the southern states.
The EU Commission supports the work of MedReg, and on 22 December 2017 signed a grant contract to provide around €1 million of funding in 2018.
See MEDREG website
View the MEDREG 2016 Annual Report

Since its creation, CRE has also participated in the work of the NER (Network of Economic Regulators), part of the Organisation for Economic Cooperation & Development (OECD).
Jean-Yves Ollier, who served as Chief Executive of CRE between 2011 and 2017, was Vice-Chairman of the NER Executive Committee in 2016, before becoming the Chairman in 2017.
This forum, whose first formal meeting took place in November 2013, brings together more than 80 regulators from OECD member states and partner countries, competent in the energy, telecoms, transport, and water sectors, among others. It provides a forum for discussion on issues relating to governance and regulatory practices in these industries.
Visit the NER website

CRE joined the Energy Regulators Regional Association (ERRA) in 2020 as an associate member. Founded in 2000, ERRA is a regional association with its headquarters in Budapest and whose founding members, who make up the vast majority of its members, are regulators from the countries of the former Soviet sphere. Its influence has now spread and it currently includes some forty countries from all continents.

In addition to the General Assembly, which meets at least once a year, ERRA also has a Strategic Advisory Board and several working groups such as the Licensing and Competition Committee, the Tariffs and Prices Committee and the Customer and Retail Markets Working Group.

Through its associate membership, CRE can attend the general assembly meetings (without voting rights) and the working group meetings. CRE is represented by Commissioner Ivan Faucheux.

Since September 2020, ERRA has been headed by Maia Melikidze, Commissioner of GNERC, the Georgian regulator.

The energy community regulatory board, ECRB

The treaty establishing the Energy Community was signed in 2005, and aims to extend the internal market in energy to the Balkans. Its work on electricity and gas market regulation is prepared by the ECRB, the Energy Community Regulatory Board.
After Georgia joined the Energy Community in 2016, Giorgi Pangani, Commissioner to the Georgian regulatory GNERC, was appointed Chairman of the ECRB in December 2017.
CRE has participant status with the ECRB. It contributes to consultation efforts through the ECRB and participates in moves to implement the acquis communautaire in the Balkans.
Visit the ECRB website