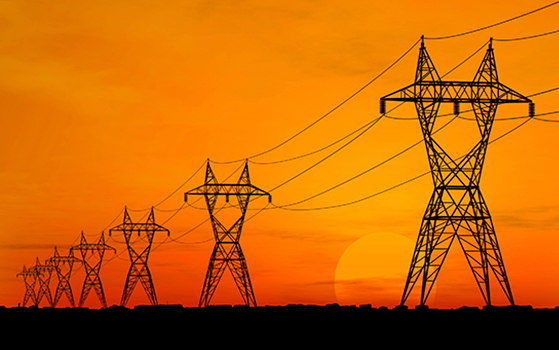 The transmission and distribution grids carry electricity from generating facilities to consumers.

These infrastructures bring together various items of electro-technical equipment in a system operated according to a meshed or tree-structured architecture, at different voltage levels. They include overhead power lines, underground cables and transforming substations through which electricity circulates. Located at nodes in the network mesh or tree-structure, substations house the transformers that change the voltage level, along with circuit-breakers and other network control instrumentation and devices.

The power system has three levels:

As part of its role, CRE regulates these monopolies to ensure transparent and non-discriminatory access to the public electricity networks, ensure they function smoothly, guarantee their independence, and contribute to the construction of the internal European market in electricity.

In Europe, network codes lay down a set of harmonised rules governing cross-border exchanges, with the aim of improving competition in the internal electricity market while strengthening the security of supply.

Major new trends in the energy landscape, such as the emergence of new uses for electricity (including electric vehicles), greenhouse gas emissions targets, and the growth of renewables, are forcing power grids to adapt.

The growth in uses for electricity since the mid-twentieth century led to the construction of a centralised generating system, combined with an interconnected, meshed power grid across the country and continent. These energy highways make up the main transmission and interconnection network.

The network carries large quantities of energy over long distances at very high voltages (225 to 400 kV). It serves interconnectors with neighbouring countries, large generation facilities (nuclear, hydro-electric and thermal plants), as well as the subtransmission networks. The subtransmission networks carry electricity to the distribution networks and to the largest, usually industrial customers, at high voltages (63 kV to 225 kV). They also collect the energy generated by intermediate-sized power plants.

In order for the transmission network to function smoothly, supply and demand must be balanced at all times and a wide range of technical constraints, which vary over time, must be dealt with. As a result, the task of managing the network is a complex and difficult one.

In France, RTE owns and operates the public electricity transmission network, which runs for a total length of around 100,000 kilometres.

The public electricity distribution networks supply electricity to end consumers, households and professionals (retailers, light industry, etc.) at medium and low voltages (20 kV and 400 kV), through a tree-structured network design. The total length of cables and infrastructures is in excess of 1.3 million kilometres. Between the medium and low voltages networks are some 700,000 “distribution substations”.

The development of embedded or decentralised generation (wind, solar, etc.) and new uses (auto-generation, electromobility, etc.) is changing the role of the distribution networks, which now collect the energy produced by the smallest generating facilities.

Enedis and some 160 régies or local distribution companies share responsibility for operating the public distribution networks that carry electricity to local consumers.