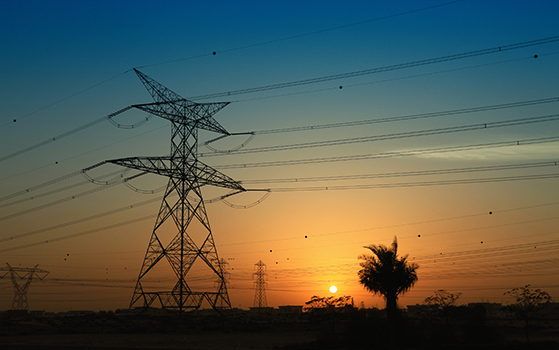 The wholesale market is where electricity is traded (bought and sold) before being delivered to end consumers (individuals, households or businesses) via the grid.

Central to the operation of the French power system

Part of the electricity injected into the network is not traded on the markets, but instead delivered directly to end consumers by vertically integrated companies, i.e. those acting as both generator and supplier.
The remainder of the generation or supply is traded on the wholesale markets, giving rise to multiple transactions which may result in physical nominations.

The following parties are active in the wholesale market:

Products may be traded:

Transactions may be purely financial (if the product only entails an exchange of funds), or alternatively may entail a physical delivery of electricity on the French power network.

Two types of products may be traded. On the one hand, spot products are traded for same-day or next-day delivery, within the pan-European coupling mechanisms for the Day-Ahead and Intraday markets, among others. On the other hand, futures contracts are traded for delivery at a given point in the future.

Spot products are the following:

Reference prices for the French electricity market are those of the Day-Ahead market, i.e. the prices of the hourly products as calculated by the Nominated Electricity Market Operators (NEMOs) operating in France. These prices are fixed every day before 1pm via a pan-European auction mechanism, on the day before the day of delivery, thus representing the short-term balance between supply and demand.

This mechanism is complemented by an intraday continuous mechanism called “XBID”, allowing to exchange energy cross-border up to one hour before the beginning of the delivery hour. Finally, RTE, the French Transmission System Operation, ensures the real-time balance of the system if necessary, through the balancing market. French intraday markets allow exchanges within France up to five minutes before delivery.

Short-term prices are volatile. This is because electricity cannot be stored on a large scale, while the supply-demand balance is influenced by factors which can fluctuate rapidly, such as cold weather leading to increased electricity demand, or events affecting generating facilities (power plant outages, reduced interconnector capacity, etc.).

Electricity market participants can sign buyer/seller contracts for the supply of electricity in future days, weeks, months, quarters or years, at a price negotiated on the contract trade date.

Futures contracts are based on standardised products, such as the supply of 1 MW of base load electricity (during all hours of the concerned period) or peak load electricity (between 8am and 8pm, Monday to Friday), in order to facilitate trading. Forward contracts can be concluded over-the-counter between two parties, directly or brokered, and can provide greater flexibility.

Futures and forwards cover the expected spot prices over a longer period, thus having an averaging effect that makes them less volatile. They are generally used to hedge risks on demand and generation, as well as a factor determining the prices paid by end consumers. When suppliers sign contracts with customers, they generally purchase the products required to cover most of the electricity that they will need to supply, taking also into account their own generation assets.

CRE regularly publishes analyses of developments in the electricity, gas and CO2 wholesale markets, in:

Articles L. 335-1 et seq. of the Energy Code established a capacity obligation mechanism.  Each supplier is required to obtain sufficient capacity guarantees to cover the consumption of all of their customers during periods of peak national demand. This mechanism gives market participants incentives to develop demand side management capacities.
Capacity guarantees can be obtained by investing in generating facilities or DSM capabilities, or from capacity operators. RTE guarantees that these operators’ capacities will be available during periods of tightness in the power system.
After capacities have actually been delivered, financial incentives are paid at the end of the year to ensure that the various parties concerned fulfil their commitments and obligations.  A secondary capacity guarantee market is organised through EPEX SPOT. The first auction of this kind took place in December 2016.
As required by Articles R. 335-48 and R. 335-51 of the Energy Code, CRE publishes the administered price and the market reference price identified in the capacity mechanism rules, for each year of delivery: