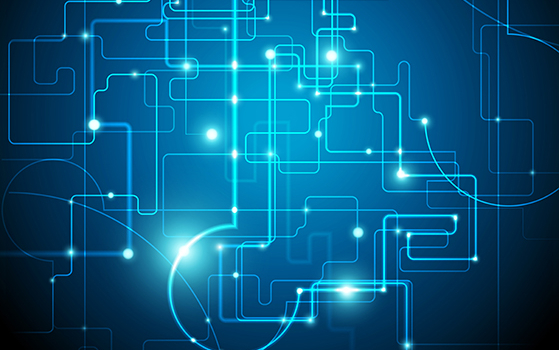 A smart grid involves new information and communication technology (NICT) to develop a multitude of new uses. Making grids smarter by equipping them with NICT is ultimately about improving energy supply:

Until recently, the balance in the energy system mainly depended on managing the energy supply (production) based on demand (consumption) according to the best supply and cost conditions.

With smart grids, consumption can be tailored to production, which is why "consum'actors" play a vital role. Smart electricity meters, like Linky, or their natural gas equivalents, such as Gazpar, are among the first additions to France's future energy grids.

Natural gas networks, in particular, are diversifying compared to their traditional use of delivering natural gas to the final consumer. They can provide the electricity system with complementarity as a part of the supply/demand balance by running hybrid heat pumps or micro-combined heat and power systems to generate decentralised electricity. With power-to-gas technology, they could even help build intermittent renewable energy into electricity grid networks.

The CRE supports the process for energy networks to become smart grids and verifies that their introduction benefits the community while respecting mutual territorial interests.

The CRE has been running a scheme to inform and share expertise on smart grids since 2010:

Over the years, the development of smart grids has reached major milestones. Although numerous technical, social and economic questions about future grids remain, concrete trials are currently ensuring that the technical feasibility and economic advantages of developing smart grids are tried and tested.

With these local initiatives, new questions are emerging on the regulation which will be reviewed to better fit France's new energy landscape. It is important for the CRE to anticipate these potential changes in power grids regulations and governance and to ensure they fall into line with European, national targets and local initiatives. This is why it is particularly attentive to feedback from smart grid demonstrators.

Upon completion of the public consultation in late 2013, the CRE published 62 recommendations in successive deliberations dated 12 June 2014, 25 February 2015 and 8 December 2016. These concerned changes to the legal, technical and economic framework to foster the development of smart electricity and natural gas grids.

At the same time, CRE asked public electricity and natural gas grid operators supplying more than 100,000 customers to provide it with a road map outlining their actions to encourage the development of smart grids. Relevant grid operators, on the request of the CRE, annually update these road maps.

The CRE also introduced a fifth set of tariffs for the use of public electricity grids (called TURPE 5), applicable from 2107 to 2021. This is a specific scheme to ensure that grid operators have the resources required to finance R&D costs and introduce smart grids.