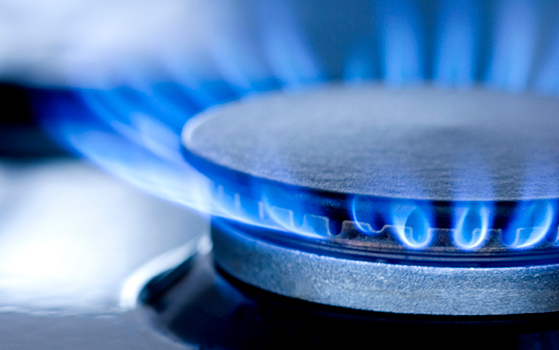 Natural gas is supplied to end consumers through the retail market.

A market  open to competition

Since the French electricity and natural gas markets were fully opened up to competition on 1 July 2007, consumers have been free to choose their energy supplier.
As a result of deregulation, suppliers other than the incumbent operator, who are known as “alterna-tive” suppliers, entered the retail natural gas market, and consumers are now able to choose between two types of offers:

Consumers whose annual natural gas consumption is less than or equal to 30 MWh/year may cancel their contracts and switch to a new product or supplier at any time, at no additional cost and with no interruption in their supply.
Since 1 January 2018, households whose annual taxable income per head is less than €7,700 may be eligible for an energy voucher, which can be used to pay an energy bill, care home charge or to cover the costs of home energy renovation. The energy voucher is the replacement for the previous “social rates” applied to electricity and gas bills. For more information, visit the government website about it.

As of 30 June 2018, 60% of residential and non-residential sites were signed up to market products (29% with alternative suppliers), while 40% were paying the regulated sale tariff. Some 90% of natural gas consumed was supplied at market prices (57% by alternative suppliers) and 11% under regulated sale tariff contracts.
The non-residential market is much more open (90% of sites pay market rates) than the residential sector (where just 58% of homes pay market rates).

The retail price (net of tax) of an electricity product, whether at the regulated tariff or the market price, includes:

The retail natural gas price also includes three taxes and contributions which apply in the same way to the bills paid by consumers at the regulated tariff or at market rates:

Both the incumbent and alternative suppliers offer products at market prices.
Consumers may choose:

Regulated sale tariffs for natural gas are governed by Articles L. 445-1 to L. 445-4 and R. 445-1 to R. 445-7 of the French Energy Code. They are available from the incumbent operators: ENGIE and 22 local distribution companies in their respective service areas.
Since 1 January 2016, only small-scale gas consumers have been eligible for regulated tariffs (do-mestic and non-domestic consumers whose annual gas consumption is less than 30 MWh and co-owned properties or apartment blocks with annual consumption of less than 150 MWh).

The regulated sale tariffs for gas charged by each incumbent supplier are set by the Ministers for Economy and Energy, based on an official opinion from CRE. They must cover the supply costs of operators.
These tariffs vary to reflect:

Between two ministerial tariff orders, suppliers may alter their tariff scale. These apply directly, af-ter being checked by CRE to ensure they satisfy the formula published in the supplier’s specific ministerial order. Tariff changes are monthly for ENGIE, and quarterly for the other incumbent suppliers.

The formula used to estimate supply costs to be taken into account in the regulated sale ta-riffs for natural gas applied by ENGIE is published by ministerial order (order of 30 June 2017).
Between January 2008 and September 2017, ENGIE’s regulated sale tariffs increased by 9.7%.

How the retail markets work

In practice, the retail markets in electricity and gas work according to rules established by working groups set up by CRE in 2005. These WGs include all of the stakeholders concerned: consumer re-presentatives, suppliers, system operators and the government. Under the aegis of CRE, they have defined common operating procedures for professionals in the industry.
The operating rules (or procedures) between suppliers and system operators in respect of professio-nal or residential clients are laid down in the “customer reference base”, which has been in force since the electricity and natural gas markets were opened up to competition. The reference base is the result of work by two consultation bodies: the Electricity Working Group (GTE) and the Gas Working Group (GTG).