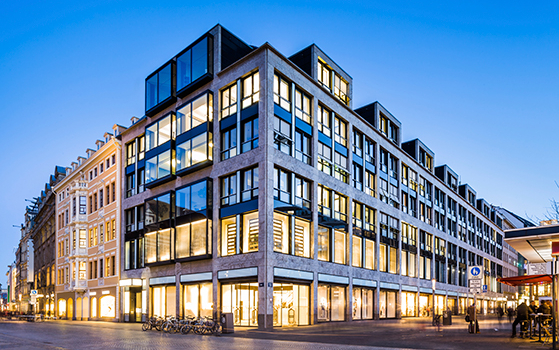 Electricity is supplied to end consumers through the retail market.

A market open to competition

Since the French electricity and natural gas markets were fully opened up to competition on 1 July 2007, consumers have been free to choose their energy supplier.
As a result of deregulation, suppliers other than the incumbent operator, who are known as “alternative” suppliers, entered the retail electricity market, and consumers are now able to choose between two types of offers:

Consumers whose subscribed capacity is less than or equal to 36 kVa may cancel their contracts and switch to a new product or supplier at any time, at no additional cost and with no interruption in their supply.
Since 1 January 2018, households whose annual taxable income per head is less than €7,700 may be eligible for an energy voucher, which can be used to pay an energy bill, care home charge or to cover the costs of home energy renovation. The energy voucher is the replacement for the previous “social rates” applied to electricity and gas bills. For more information, visit the government website about it.

The retail price (net of tax) of an electricity product, whether at the regulated tariff or the market price, includes:

The retail electricity price also includes two contributions and two taxes, which apply in the same way to the bills paid by consumers at the regulated tariff or at market rates:

Both the incumbent and alternative suppliers offer products at market prices.
Consumers may choose:

Regulated sale tariffs are governed by Articles L.337-4 to L.337-9 and R. 337-18 et seq. of the French Energy Code. They are available from the incumbent operators: EDF and the 162 local distribution companies.
Since 1 January 2016, in metropolitan France, only consumers who have subscribed capacity lower than or equal to 36 kVA are eligible for regulated tariffs.

How regulated sale tariffs are calculated

Regulated tariffs are established by adding the price of regulated access to incumbent nuclear electricity (known by the acronym “ARENH”), the cost of the electricity supply complement which includes the capacity guarantee, transmission costs and marketing costs, as well as a normal rate of return on investment. This method aims to ensure that these tariffs can be “challenged” by alternative suppliers, i.e. they are able to offer consumers market products at prices equal to or lower than the regulated sale tariff.
See the most recent tariff scale

Since 8 December 2015, CRE has sent the Ministers for Economy and Energy proposals for regulated electricity sale tariffs, along with reasoned arguments. The government then has three months in which to contest the proposals.

In practice, the retail markets in electricity and gas work according to rules established by working groups set up by CRE in 2005. These WGs include all of the stakeholders concerned: consumer representatives, suppliers, system operators and the government. Under the aegis of CRE, they have defined common operating procedures for professionals in the industry.
The operating rules (or procedures) between suppliers and system operators in respect of professional or residential clients are laid down in the “customer reference base”, which has been in force since the electricity and natural gas markets were opened up to competition. The reference base is the result of work by two consultation bodies: the Electricity Working Group (GTE) and the Gas Working Group (GTG).