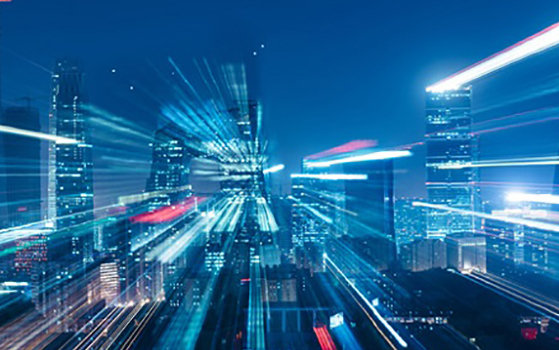 CRE has invited energy industry stakeholders to come together and adopt a collective approach to two key challenges: ensuring the success of the energy transition, and capitalising on the digital revolution to benefit all electricity and gas consumers.

A multi-disciplinary forum for discussion and analysis, the Foresight Committee began work in October 2017. It aims to provide the benefit of its expertise to CRE, all operators and stakeholders in the sector, government and consumers, to help them gauge current changes and their implications for the energy sector and wider society.

“CRE must be a forum for exchanges to shed light on the future. It needs to enable all stakeholders to better understand both the present and the future, looking ahead to the medium and long term, to think - and perhaps to speak - collectively.”

Institutions, businesses, non-profit organisations, consumers and citizens all have their own views on the energy sector, sometimes with very different positions on potential changes or the need to maintain an existing balance.  They often express their ideas, predictions or opinions with a combination of enthusiasm, resolution and rigour.

CRE was keen to bring together in its Foresight Committee the various talents, intelligence and energy of stakeholders who share a desire to shape the future of the energy sector. A future that, in the medium term, holds the promise of great innovations. It is important that the changes to come are properly channelled in a way that benefits society and improves the well-being of citizens, in a world with more peace, sustainability, and solidarity.

Why CRE? Because CRE’s core values are independence, neutrality, public service, equality and the wider public interest. Because it is also a forum for dialogue, collective debate and creative thinking, acting as the shared home of the energy sector. By committing to its forward-looking approach, it is banking on the belief that diverging opinions can come together to build the future of the energy sector, identify what is needed and promote collective efforts in a fast-changing world. Failing to devote proper thought to our shared future would be a sign of indifference, which Gramsci describes as “inert matter in which enthusiasms are drowned”.

Chaired by the President of CRE, the steering group of the Foresight Committee includes 37 members, business leaders, representatives of institutions and non-profit organisations in the sector, academics and intellectuals.

It met for the first time on 17 October 2017, and will convene again in the summer of 2018 to approve the reports by the working groups and decide on the next topics to be dealt with by the Committee.

Today, there are two major developments that require consideration: the energy transition and the digital revolutions.

The roadmap of collective actions to be undertaken was laid out in the Paris Agreement of December 2015, the energy transition law for green growth of 2015, and the European clean energy package of 2016. More needs to be done, however. It is essential to understand, de-construct and take on board all of the industrial, social and economic challenges involved and their implications. Living habits, lifestyles, environmental awareness and industrial trends will evolve. Energy policy is changing as this universal realisation takes hold. The need to reduce CO2 emissions is limiting the share of fossil fuels in the energy mix, while public pressure in the wake of Fukushima is demanding more diverse energy sources.

A major industrial revolution is upon us. The production costs of certain forms of renewable energy are falling, while networks are grasping the urgent need to adapt, in order to cope with the intermittent nature of generation at one end of the chain, and the downward trend in energy demand at the other. The energy sector has everything it needs to shape an industry and approach to energy use consistent with the need to preserve our planet. With the right energy policy and proper management, it will be entirely possible to generate and use clean forms of energy on a large-scale in the medium term, without compromising prosperity or collective progress.

The scale and speed with which digital technologies have suffused our society are indicative of a crucial stage in the history of industrial revolutions. The digital age is not just about the creation of new tools: it is radically altering the way in which we produce and use resources.

The entire energy chain will be affected: from more affordable renewable generation made possible by breakthroughs in storage technology, to more power for consumers with possibilities for managing energy consumption (and production) that would once have seemed utopian. It is important for the whole of society to be able to benefit from these industrial innovations.

In preparation for its forward-looking initiative, CRE has commissioned an independent survey designed to identify the key trends. This comprehensive study, published in spring 2018, forms the basis for the Foresight Committee’s work and reveals the big global issues in terms of structural energy. The world is changing, and it is vital for France to be properly prepared for these powerful trends.

Reflecting a strong commitment to combating climate change at the political level, California has adopted ambitious targets: cutting CO2 emissions to their 1990 levels by 2020, then to 40% below those levels by 2030, while ensuring that 50% of energy needs are met by renewables and putting 5 million electric vehicles on the roads by 2030. The mission observed the uncertainties of the duck curve, a graph showing electricity generation over the course of the day. The Californian power system operators are forced to contend with significant surpluses of solar generation in the middle of the day, followed by a peak in electricity demand in the evening, at sunset. This is a difficult situation for the operators, and the solution lies in high-performance, efficient storage.

A few weeks after the creation of a national carbon market in early 2018, the 13th Chinese five-year plan includes measures to substantially increase generation from non-fossil sources. China is by some distance the world’s biggest generator of electricity from photovoltaic and wind sources. It is also heavily committed to developing electric vehicles and bringing down the price of batteries, which could have an impact on all of the world’s energy systems, by reducing electricity storage costs.

The steering group has set up three working groups.

The first is focused on developments in the energy mix. The balance between the various sources of energy exploited is a key public policy issue for the future, and the subject of much debate. France, a historic nuclear power, is devising scenarios with varying combinations of gas, nuclear and renewable energies. Each scenario has significant industrial and financial implications. Co-chaired by Olivier Appert, President of the French Energy Council, and Olivier Pérot, President of wind power group France énergie éolienne, the working group has this year largely focused on clean mobility (electric vehicles, NGVs, bio-NGVs) and its consequences for energy systems.

The second group, co-chaired by Frédéric Gonand, professor of economics at Paris Dauphine University, and Ghislain Lescuyer, President of Saft, is devoted to the energy networks. It has been looking at the crucial issue of energy storage and its consequences for networks. By allowing high proportions of intermittent renewable energies to be incorporated into power systems, the development of storage is without doubt the key to a successful energy transition.

The third working group, co-chaired by Cécile Maisonneuve, President of La Fabrique de la Cité, and Jean Bergougnoux, President of Equilibre des énergies, is examining the links between changes in consumer behaviour and the digital revolutions. As potential players with a stake in the energy transition, consumers now have a range of tools at their disposal to manage their demand for energy and find out about the trends and constraints of the system and grids. Their role goes beyond mere consumption of a centralised service, and is taking on that of a social function to be developed.